The human brain is the most complex part of our body and the organ that defines our humanity. The brain is composed of three major sections: The cerebrum, cerebellum, and brainstem.

The cerebrum is the uppermost and largest part of the brain. It is split by a central fissure into the right and left hemispheres and is also divided into four major lobes. The cerebrum controls several functions such as learning, emotions and movement, to name a few.

The brainstem connects the brain to and is structurally continuous with the spinal cord. It is responsible for involuntary functions such as breathing, heart rate, sleep cycles, vomiting, digestion, coughing and sneezing and several other autonomic functions. The brainstem consists of the medulla oblongata, pons, and midbrain.

Lobes of the Brain

The frontal lobe is the largest lobe of the brain, located directly behind the forehead. It is responsible for your self-awareness, emotions, planning, judgement, movement, and speech. It is involved with memory, impulse control, and social behaviour. The frontal lobe is separated from the parietal lobe by the central sulcus and separated from the temporal lobes by the lateral sulcus.

The parietal lobe is located above the temporal lobe and between the frontal lobe and occipital lobe. Containing the sensory cortex, it is responsible for the sense of touch, pain and temperature. It is also responsible for interpreting language, hearing, memory, and spatial and visual perception.

The temporal lobes are the second-largest lobes of the brain, located behind the ears. They are involved with memory, hearing, organisation and understanding language.

The occipital lobe is the smallest lobe of the brain, located posterior to the parietal and temporal lobes, lying beneath the skull’s occipital bone. It is responsible for interpreting vision. 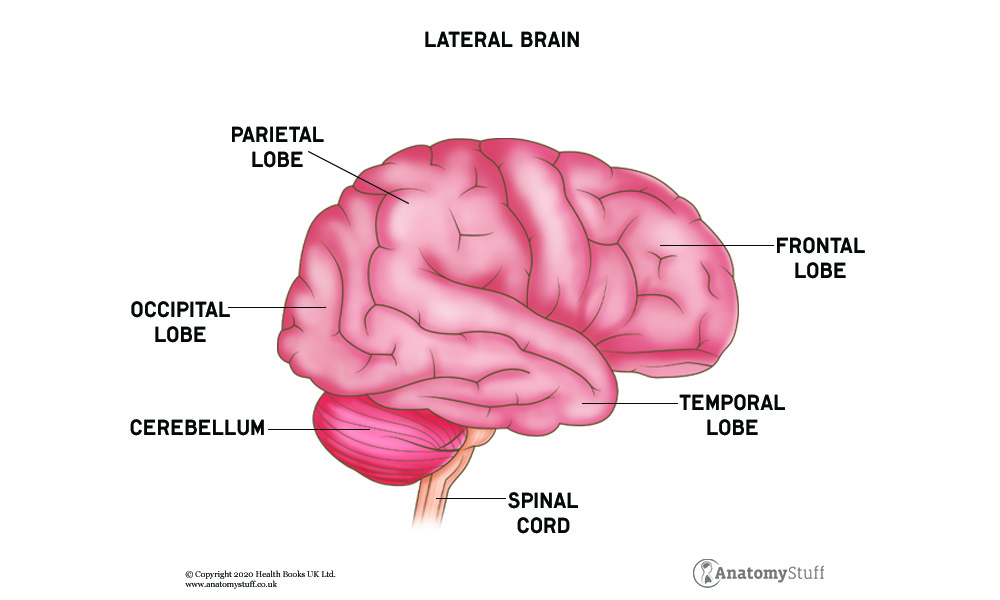 Blood Supply of the Brain

The brain is the central organ of our nervous system, consisting of 12 pairs of cranial nerves. The 12 cranial nerves are as follows:

The olfactory nerve is the first and shortest of the cranial nerves. It conveys sensory information related to your sense of smell.

The optic nerve conveys sensory information to the brain regarding your sense of vision.

The oculomotor nerve helps control the muscle movements of your eyes. It also constricts the pupil exposed to bright lighting and helps your lens adjust when looking at near or far objects.

The trochlear nerve is also involved with the movements of your eyes by supplying the superior oblique muscle. It allows your eye to point downward and inward.

The trigeminal nerve is the largest and most complex of the cranial nerves and is involved with facial sensation. It is divided into three parts. The ophthalmic part provides sensation to parts of your eyes, nose, eyelids and forehead. The maxillary part provides sensation to the middle of your face, part of your nose, upper teeth and lower eyelids. The mandibular part gives sensation to the lower part of your face, including the tongue and lower teeth. A significant action fired by the trigeminal nerve is allowing you to masticate (chew) your food.

The abducens nerve is yet another nerve that is involved with the movements of your eyes by supplying the lateral rectus muscle. It allows you to look outwards.

The facial nerve is the nerve involved with your facial expression, sense of taste and sensation of your ear. It comprises three different nuclei: the motor nucleus, the parasympathetic nuclei and the sensory nucleus.

The glossopharyngeal nerve allows you to swallow and controls your gag reflex and the taste sensation on the back of your tongue.

The accessory nerve innervates the sternoclediomastoid and trapezius muscles and allows you to rotate, extend and flex your neck and shoulders.

Finally, the hypoglossal nerve supplies the muscles of your tongue.

Exercising the brain is important to improve your cognitive ability (memory and daily functionality), especially as you get older. A few brain exercises include: completing jigsaw puzzles, learning new skills such as a new language, playing music, and reading. 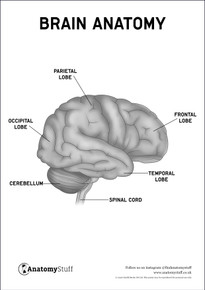 "Cerebellum" is Latin for "little brain"! 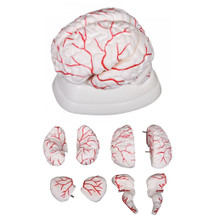 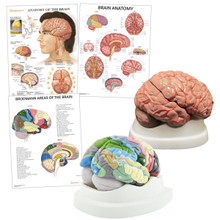 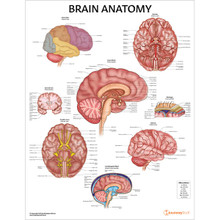