Consent is one of the most important requirements for maintaining a happy and healthy relationship, especially a relationship which involves physical, sexual, and emotional intimacy. Consent ensures mutual trust, comfort, and safety between partners in a romantic relationship and otherwise. However, the concept of consent can be misunderstood, or its importance overlooked.

There are many areas of life and communications and/or activities that require consent; we are looking at consent in sexual relationships here.

When you have a history of being involved in sexual activity over time with mutual agreement, it’s presumed that you’re comfortable with sexual activity in the future – wrong – every time sexual activity occurs, there must be mutual consent that’s clear and understood. Fear that you might upset your partner(s) if you say ‘no,’ getting manipulated into something you are not comfortable with or agreeing to sex because you are in a relationship and you believe it is your responsibility to cater to their needs despite feeling uneasy about it, is not what consent looks like; consent which is compromised is not consent.

Remember that consenting to a certain act (touching, kissing) does not mean you have consented to have sex. You have the right to withdraw or revoke your consent anytime.

Now let’s explore the types and key issues around consent to understand the concept better. 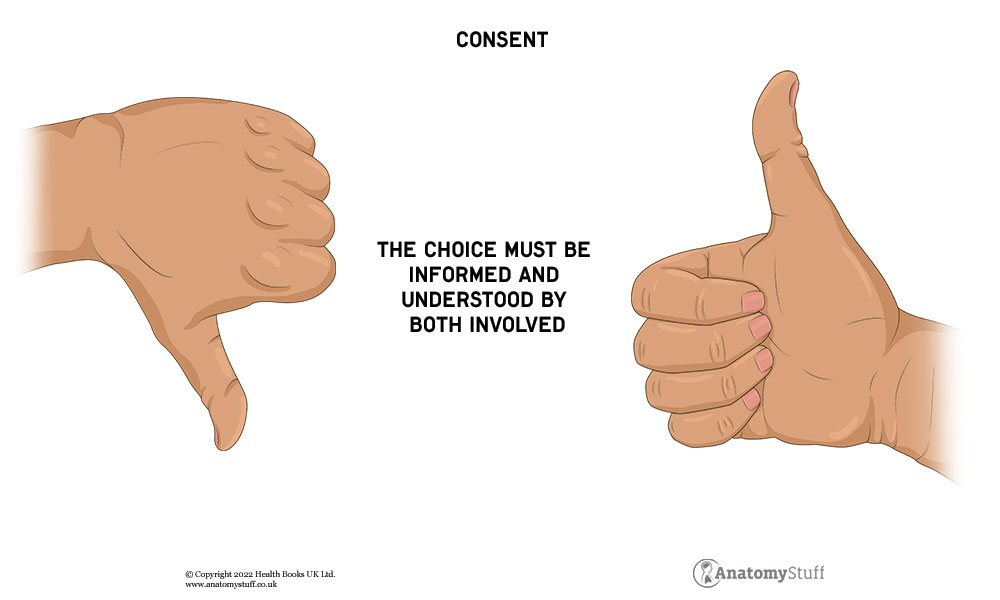 One of the most controversial issues surrounding consent is age; what is the right age to consent? Many young individuals who get into sexual/romantic relationships are often manipulated by those older and with more experience. In the UK, the legal age to consent to having sex is 16. Since the age is legalised, if anyone over 16 has sex with anyone younger than 16, it would be considered a sexual offence.

Drugs and Alcohol can influence your decision-making skills

Just as you are prohibited from driving when under the influence of drugs or alcohol, you shouldn’t engage in any sexual act with your partner if they have had drugs or alcohol because they are not in the right mental or physical headspace to consent.

If you’re involved in any sexual activity with someone intoxicated or high, and you didn’t ask their permission when they were sober, it’s equivalent to rape and sexual assault.

This point is related to our above (drugs and alcohol) subject. ‘Spiking’ is when someone puts a foreign substance in your drink like a drug or pill without your knowledge.

It doesn’t matter how much drink the victim was consuming before the spiking took place. The culprit intentionally tried to tamper with their cognitive ability, and it’s a crime.

Being cheated out of an agreement is considered a serious offence. Similarly, if your partner does something not part of the mutual agreement, it is regarded as a violation of consent. One such example is stealthing. It is when a person secretly removes or damages the condom during sexual intercourse without informing their partner. Not only is this considered sexual abuse but also emotional since you are breaking someone’s trust and not respecting what was initially agreed between you and your partner.

Flirting is not an invitation

Flirting is a playful act done for amusement without any serious intention. Unfortunately, many people blur the line between flirting and an invitation for sexual activity.

Someone’s outspoken nature, flirty giggles, and prolonged eye contact might be a part of their personality and not necessarily an invitation for sexual intercourse. 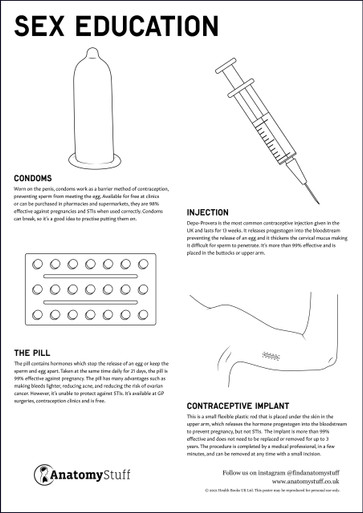 Pick up on non-verbal cues, such as facial expressions, how they respond to your touch, whether their tone lacks excitement or enthusiasm. Sometimes your partner may not explicitly say ‘no,’ but these verbal cues should tell you otherwise.

Communication is the cornerstone of any relationship. It is imperative, especially when it comes to consent. All involved should feel comfortable for sex to be right and proper, which entails checking up and asking your partner(s) whether they are into it. Ask them what they want and how they feel before, during, and after engaging in sexual activity.

Consent is absolutely important to make your romantic and sexual experiences safe, fulfilling, and enjoyable.

Sex without consent is a crime - it's rape! 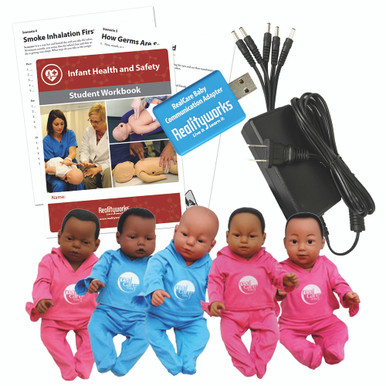 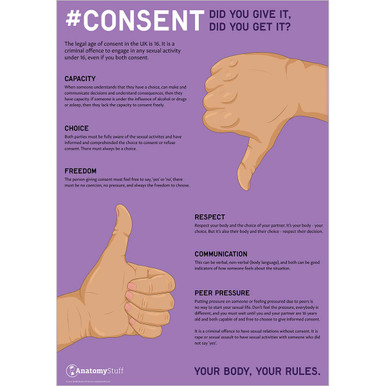 AnatomyStuff
Consent: Did you give it, did you get it? Poster
Now
£14.00 Inc VAT
View Product 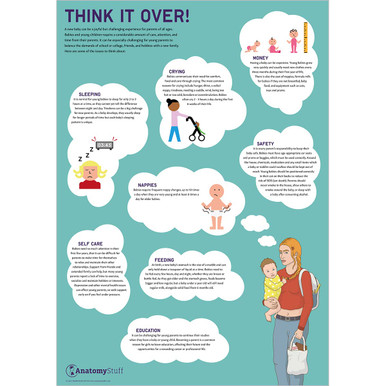 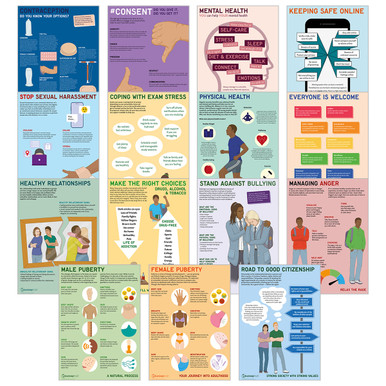