The eye is the complex, spherical organ that allows us to see the world around us by reacting to light and working with our brain. The eye is a bilateral organ, meaning there are two eyes on each side of our face.

Anatomy of the Eye

The eye is made up of three major layers; the fibrous tunic, vascular tunic and the retina.

The fibrous tunic is the outermost layer of the eye composed of the sclera and cornea. The sclera is consistent with the cornea and is known as the “white of your eye”, maintaining the shape of the eye and serving as an attachment site to the extraocular muscles.

The vascular tunic (also known as the middle layer) is composed of the choroid, iris and ciliary body. The choroid serves as the major blood supply for the outer retina. The iris is the coloured part of your eye located around the pupil and between the cornea and the lens. The iris gets its colour from melanin. The ciliary body is an extension of the iris and produces the aqueous humour, the fluid that fills out eyeballs.

The retina (also known as the inner layer) is the layer of tissue that lines the back of the eye near the optic nerve. The retina is the part of the eye that enables vision by receiving light from the lens and transmitting signals to your brain for visual recognition. 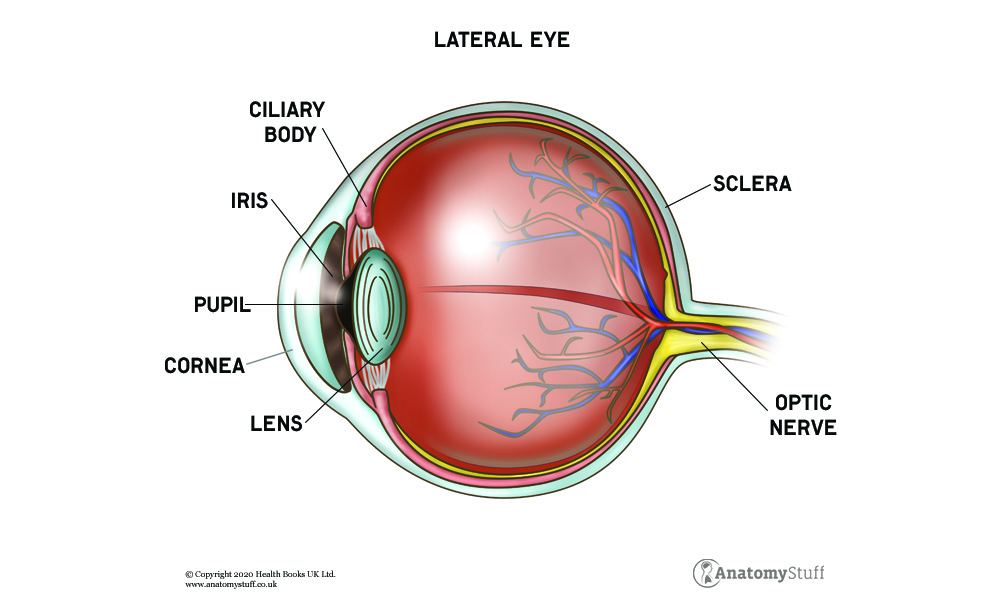 Muscles of the Eye

The way our vision works is very similar to how cameras work. First, light enters our eyes through the cornea (the front portion of our eye). It then passes through our pupil (the black part of our eye) and then hits the lens. The light then travels down the vitreous humour and then finally reaches the retina. The optic nerve (also known as cranial nerve II) transfers the visual information through electrical impulses. 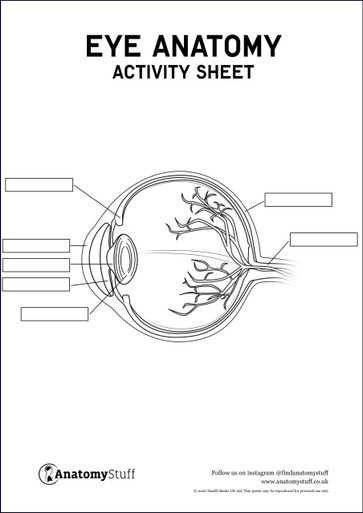 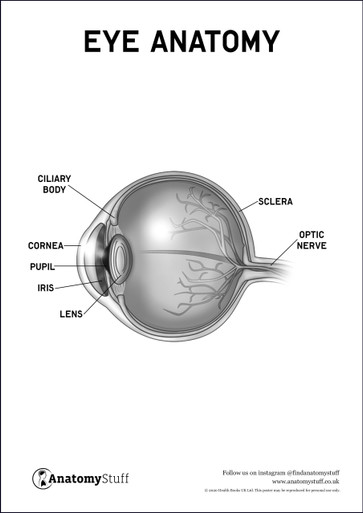 20/20 vision just means you have normal vision – not perfect vision! 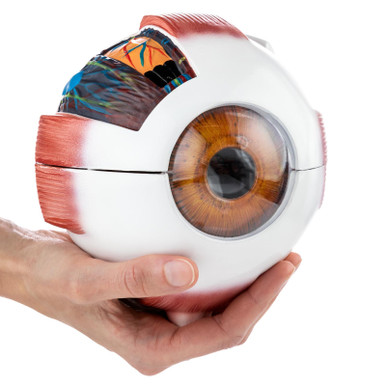 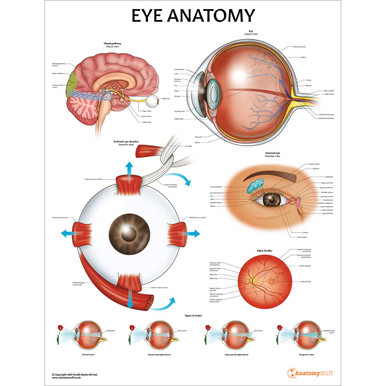 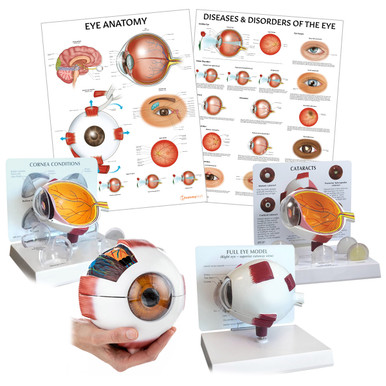 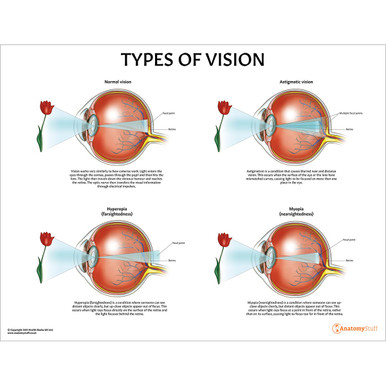