Cats are small, domesticated, carnivorous mammals that belong to the feline species. They are very flexible creatures that allow them to move through very small spaces and have specialised senses which make them rather unique.

Cats have a very similar structure to dogs with a few distinguishable features that make them unique. A cat’s skull has some of these distinct features. Their eye sockets are very large in comparison to other mammals, their jaw is very powerful, and their teeth are adapted to capture small prey.

There are many muscles in the cat. The following is an overview of the main muscles and their actions:

The muscles of mastication (chewing) include the masseter and the temporalis. The masseter is very thick muscle and provides a powerful action of shutting the jaw. The temporalis sits in the temporal fossa and also assists with this action. The digastric muscle is located in the neck and allows the mouth to open.

Some of the feline’s muscles are similar to that of humans. However, some are more specialised for the cat and other domesticated animals. The cutaneous trunci twitches the skin to remove pests. It consists of a few thin sheets of muscle that attach to the skin. The muscles of the ear include the temporal and zygomaticauricularis muscles which moves the ear forwards and the caudal auricular muscles which moves the ear backwards. The sacrocaudalis muscle is what allows the tail to move in a flexible manner.

The cat has very specialised vision and is able to see in the dark. Tapetum lucidium assists cats in being able to see at night. It comprises of a shiny membrane and is made up of a layer of cells that reflect light in the back of the eye. Cat’s pupils become as thin as small slits when exposed to lots of light however, in the dark they dilate to allow light in.

Cats have very sensitive hearing and can hear beyond the range of humans. The shape of a cat’s ear acts as a funnel for sound to pass through and they will move their ears according to where the sound is coming from. Small fine hairs within the ear allow sound vibrations to be picked up.

A cat’s sense of smell is not as sensitive as other animals as they mainly rely on sight and hearing when hunting. Cats tend to disprove of some of the same smells as humans. Cats like to mark their scent on people and objects and they do this by rubbing their body on what they want to claim as ownership. Their scent glands are located on their forehead, chin, lips and under their tail.

A cat’s tongue has taste buds all over and is more prominent on the tip of the tongue and the back of the throat. The tongue itself has a rough surface with a sandpaper-like texture. This allows cats to scrape meat off of bones, drink liquids and provide grooming for themselves.

A cat’s sense of touch comes from their fur and skin. Fur provides insulation to cats and protects the body from the environment. The hair along the spine and neck may rise if a cat feels threatened. The skin also provides protection from the environment and bacteria. Cats regulate their body temperature through panting and they also have sweat glands in their paw which help with this. Whiskers are an extra sensory aid that are sensitive to vibrations and contain nerves to help guide them through their environment. 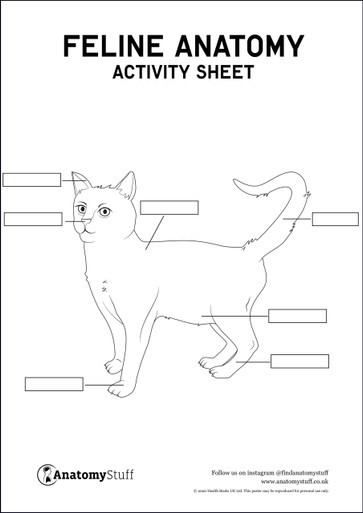 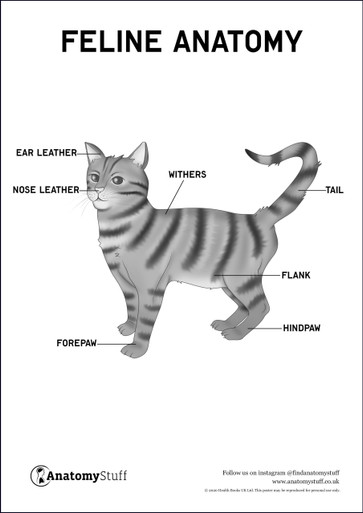 Cats have a third eyelid which protects their eyes from injury! 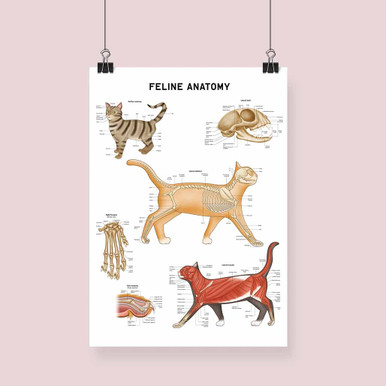 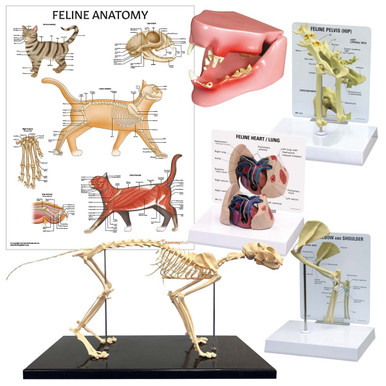 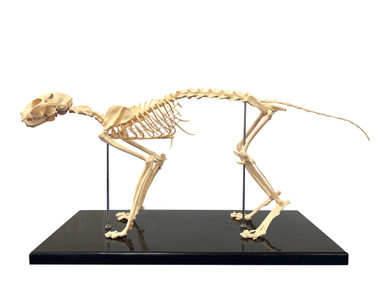 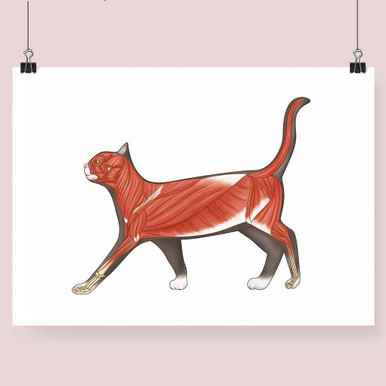