Reflexology is an ancient form of therapy, believed to have been practised in China and Egypt as early as 2330 B.C. Reflexology is the holistic practice of applying pressure to points on the feet, hands, face and ears. Today it is also referred to as zone therapy.

Our feet contain thousands of nerves, therefore connecting them to several other parts of our body. Foot reflexology involves applying pressure to reflex points of the foot by using massage techniques to stimulate corresponding regions of the body which can promote healing to those areas and relieve stress.

It is believed to promote relaxation, more restful sleep and relieve stress by stimulating the release of endorphins, which are associated with feelings of euphoria.

There are various reflex zones and corresponding body areas in the foot. Some of the common areas from the toes to the heel include the following: Tops of the toes correspond to the head; more specifically, the brain, sinuses, eyes and ears. The ball of the foot is associated with the heart and lungs. The arch of the foot corresponds to organs such as the liver, pancreas, spleen and kidneys. As you move further down the foot, to the heel, reflex zones correspond to the low back and intestines.

You can learn more about the several reflexology zones by viewing a detailed foot reflexology chart! 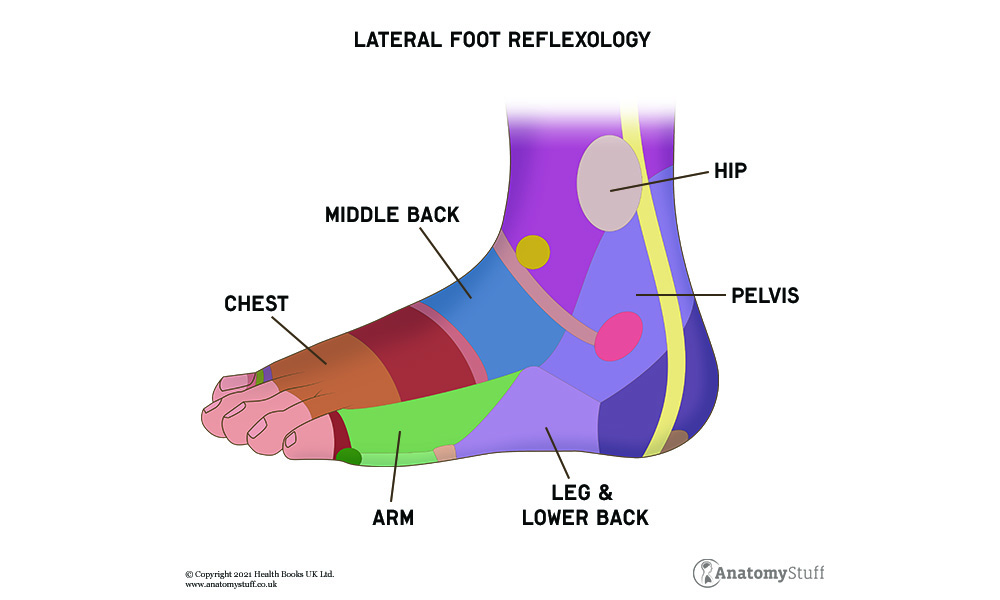 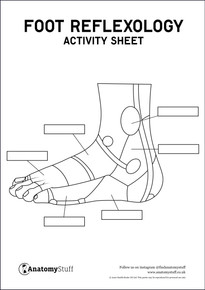 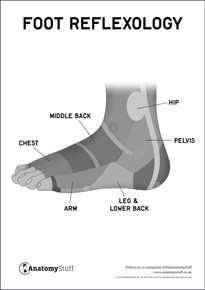 There are more nerve endings in the foot than in any other place on the body! 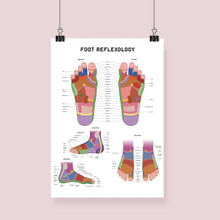 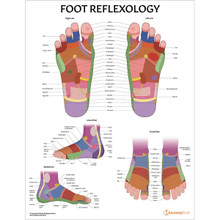 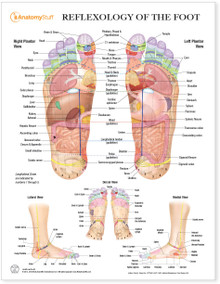