Reflexology is an ancient form of therapy, believed to have been practised in China and Egypt as early as 2330 B.C. Reflexology is the holistic practice of applying pressure to points on the hands, feet, face and ears. Today it is also referred to as zone therapy.

Hand reflexology is a massage technique used to stimulate corresponding regions of the body which can help ease pain and stress. The general purpose of this practice is to help balance the nervous system.

Hand reflexology can be used as an alternative therapy to improve circulation, treat headaches, aches and pains, stress, anxiety, injuries and more.

The practice of hand reflexology is believed to promote relaxation, more restful sleep and relieve stress by stimulating the release of endorphins, which are associated with feelings of euphoria. Endorphins also help relieve your brain’s perception of pain and therefore hand reflexology is useful in treating headaches, neck pain, migraines, back pains and other ailments. It can also lower blood pressure and help stimulate blood circulation, which promotes healing to damaged tissue. Overall, reflexology is a relaxing practice which helps to alleviate stress.

There are various reflex zones and corresponding body areas in the hand.

Some of the common areas from the finger tips to the base of the palm include the following:

The fingertips correspond to the head; more specifically, the brain, sinuses, eyes and ears. The upper palm is associated with the heart and lungs. The middle of the hand corresponds to organs such as the liver, pancreas, spleen and kidneys. As you move further down the hand to the lower palm, reflex zones correspond to the low back and intestines.

You can learn more about the several reflexology zones by viewing a detailed hand reflexology chart! 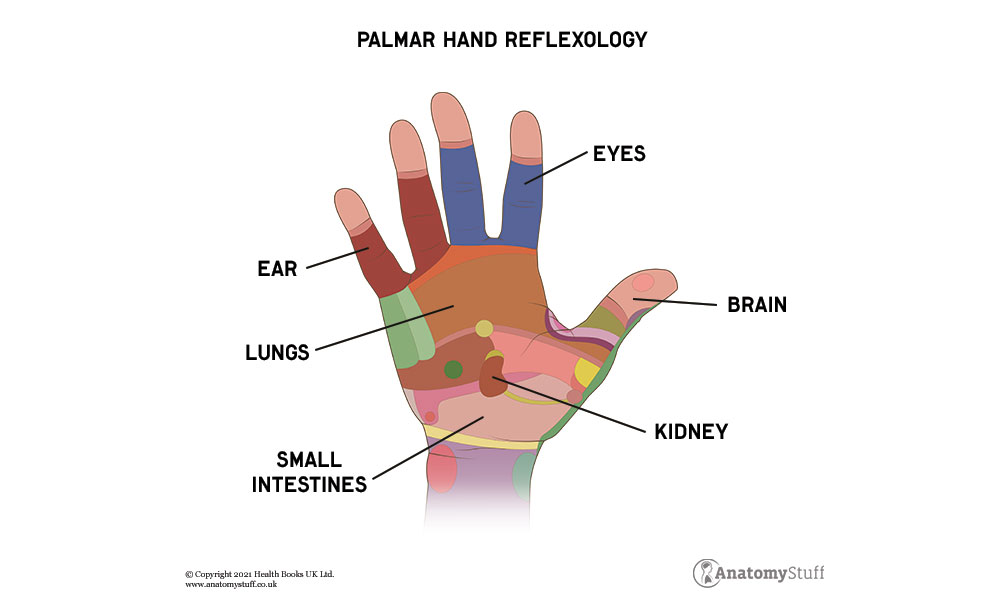 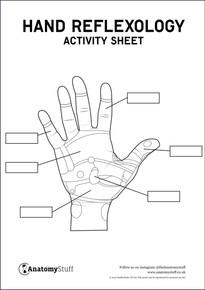 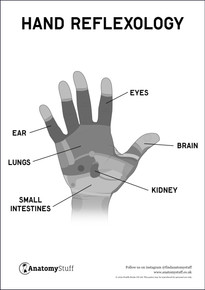 There are approx. 5000 nerve endings in our hand! 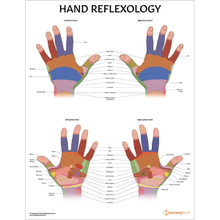 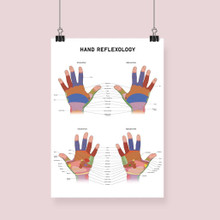 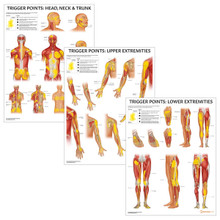