The Hand and Wrist

The human hand is unique in its dexterity and range of abilities. Our hands hold, move, grasp, feel and manipulate the world and objects around us.

The anatomy of the hand and wrist include bones, ligaments, tendons, muscles, blood vessels and nerves. The hand is joined to the arm by the wrist which consists of eight bones that enable the movement and strength needed to use our hands.

This allows for several wide ranges of motion including flexion (up), extension (down), abduction (little finger side of hand moving away from the body) and adduction (thumb side of hand moving towards the body). Due to the longer (more distal) ulnar styloid process abduction is limited. The distal radioulnar joint enables pronation (palm facing down) and supination (palm facing up).

The thumb and fingers work together to give us a precision grip, in a similar fashion to that of tweezers, allowing us to pick up small objects or hold a pen in an extremely controlled and delicate way.

The metacarpal and phalangeal joints (or knuckle joints) allow for flexion and extension. The movement of the thumb is controlled by the carpometacarpal joint, which allows for flexion, extension abduction and adduction movements as well as opposition (where the thumb is moved towards the thumb to touch the other fingers) and reposition (where the thumb returns to anatomical position). The latter two positions allow for grasping. 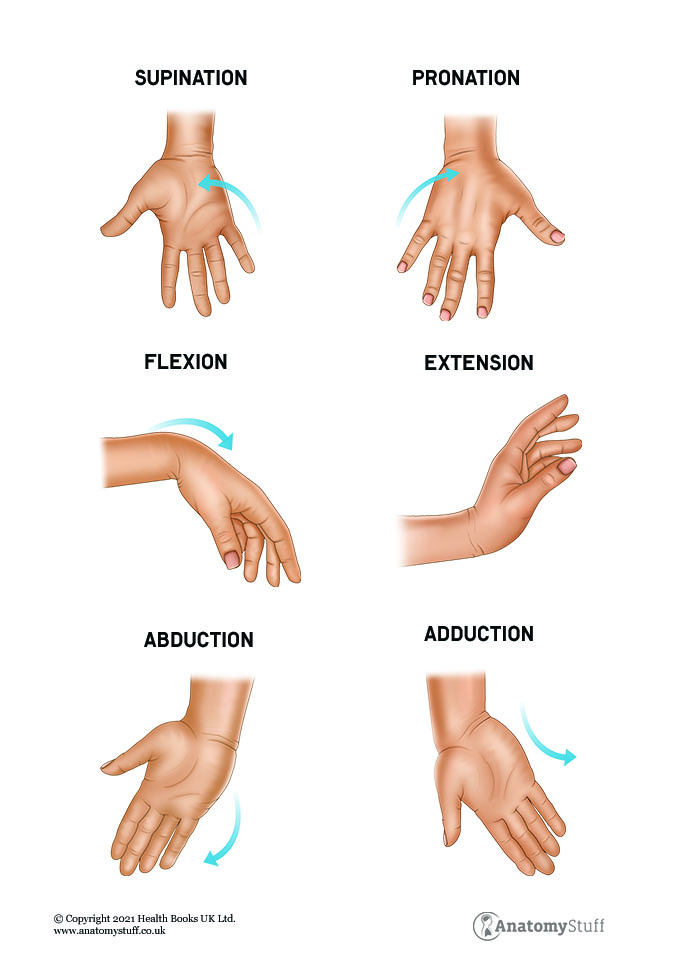 Muscles of the Hand and Wrist

The muscles in the hand and wrist work together in an incredibly complex fashion. Not only do the muscles give your hand strength but they allow for your hand and fingers to move in an intricate manner.

The lumbricals muscles are four muscles that attach to the tendons of flexor digitorum profundus and flex the metacarpophalangeal joints and extend the interphalangeal joints. 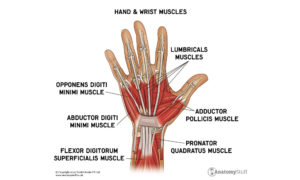 Ligaments and Tendons of the Hand and Wrist

A ligament is the fibrous connective tissue that attaches bone to bone, forming a joint capsule where they meet. This is a watertight sac containing a lubricating liquid called synovial fluid. The wrist ligaments are named according to where they are positioned in the joint and by which bones they connect.

Radiocarpal and ulnocarpal ligaments connect the radius and ulna. Palmar ligaments are positioned on the inside of the hand across the palm while a dorsal ligament supports the back of the hand.

The palmar radiocarpal ligament supports the palmar side of the wrist, attaching the radius to the scaphoid, lunate, triquetrum. Some continue to the capitate bone.

Blood Vessels of the Hand and Wrist

If you’ve ever been out in the cold without gloves, you may have noticed your fingertips turn a shade of blue. This is due to your blood vessels narrowing and disrupting the blood flow to your fingertips.

Arteries are blood vessels that carry oxygen-rich blood from your heart to the tissues of your body. The deep palmar arch extends from the radial artery, wraps around the thumb and stretches across the palm and supplies blood to the thumb and index finger. Extending from the ulnar artery, the superficial palmar arch also stretches across the palm. This artery communicates with the deep palmar arch and supplies blood to the fingers through the common digital arteries. The common digital arteries split near the web of the fingers to form the proper digital arteries, which split between two fingers (such as the index and middle fingers).

Nerves of the Hand and Wrist

Nerves are responsible for carrying messages from the hand to your brain for sensation, reflexes and movement.  For example, if you touch a hot stove, the nerves in your finger send a message to your brain for you to react and move your hand.

There are three major nerves that control our hand function: the radial nerve, median nerve, and ulnar nerve. 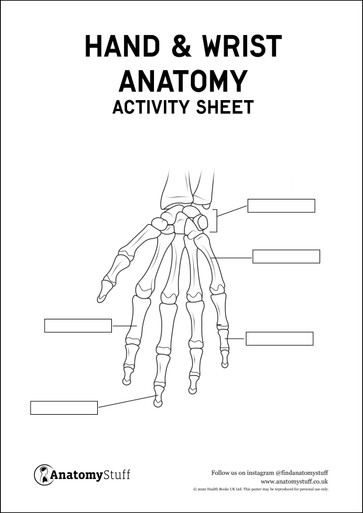 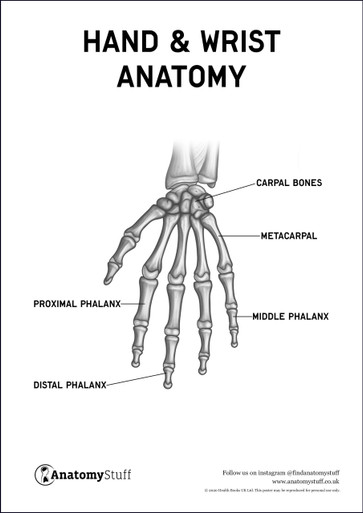 Fingernails have no feeling! 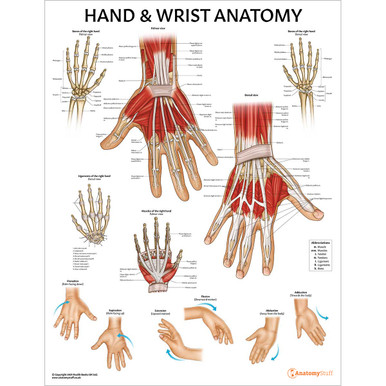 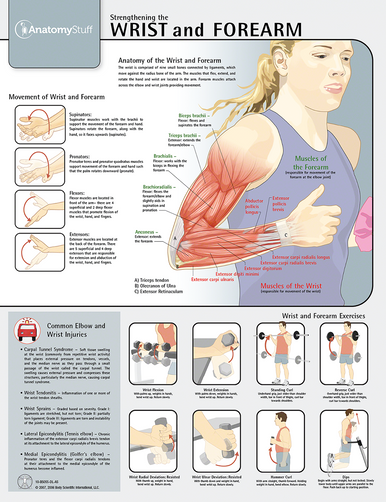 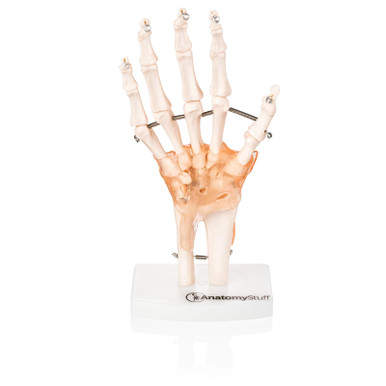 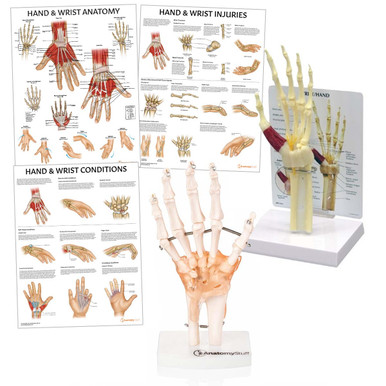