The liver plays a tremendous role in your health. It is the largest organ in the human body by mass. The liver has several important jobs such as cleaning your blood, supporting blood clots storing vitamins and minerals, producing bile and many more.

Anatomy of the Liver

The liver is a pinkish brown organ located in the upper right abdomen, just below the diaphragm and on top of the stomach, right kidney and intestines. The liver is divided into right and left lobes by the middle hepatic vein. The right lobe is six times larger than the left.

The gallbladder is the small, hollow, pear-shaped organ that lies beneath the liver. It is responsible for storing the bile that helps break down fatty foods. However, you can live without a gallbladder as the liver is still able to make enough bile to digest food. 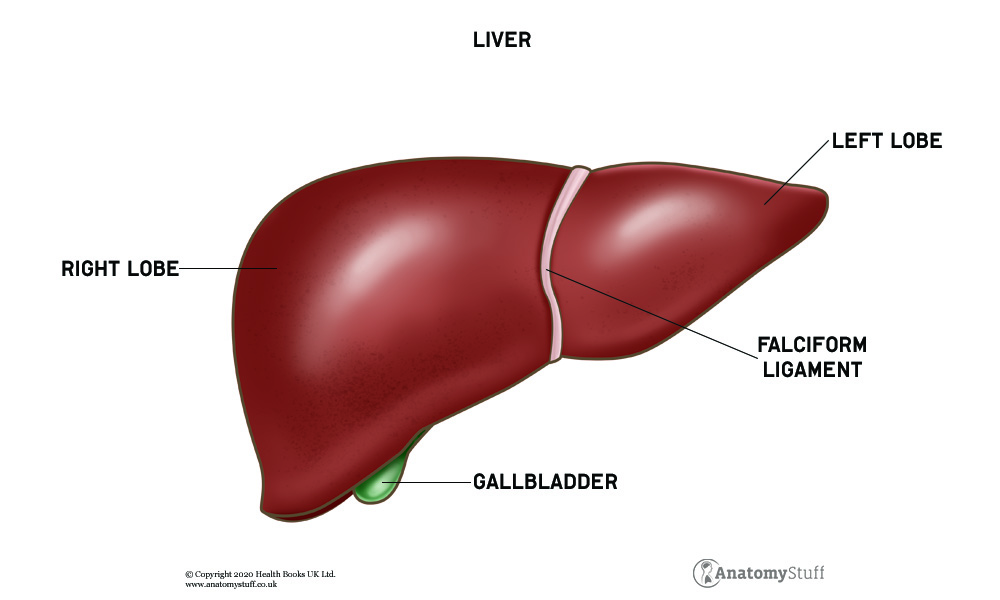 Functions of the Liver

As mentioned before, the liver has several vital functions. To name a few: it excretes bile which is needed for digestion and the absorption of fats and fat soluble vitamins. Bile is produced in the liver and is stored in the gallbladder. The liver regulates blood levels of amino acids and stores iron. It breaks down old or damaged blood cells and it regulates blood clotting with a system of plasma proteins called coagulation factors.

Blood Supply of the Liver 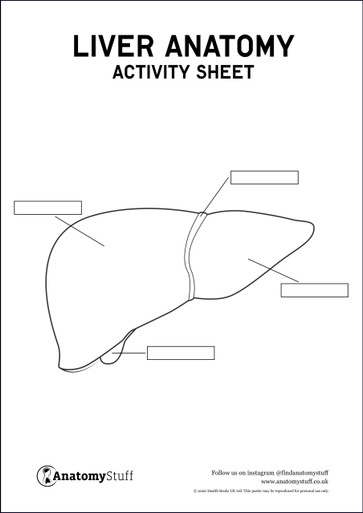 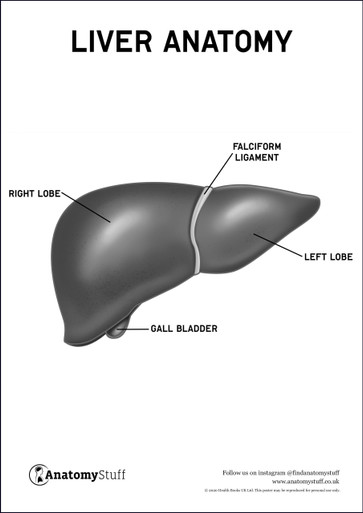 The liver is the only organ that can regenerate! 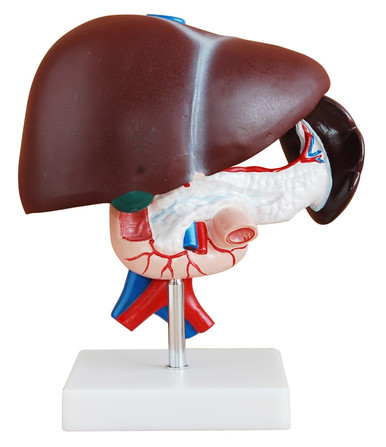 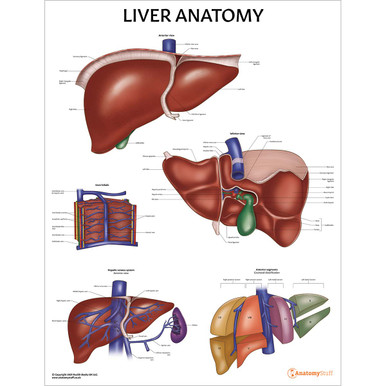 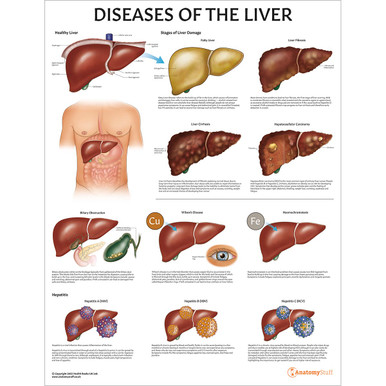