The nose is the prominent structure found in the centre of your face just below the eyes. It allows us to smell and can even change the sound of our voices. Most importantly, the nose is a part of our respiratory system and it helps us breathe in air.

The skin stretches over the external most part of the nose which has several landmarks. The superior most part of the nose, found in the space between the eyebrows is called the glabella. Moving further down is the nasion. This is commonly known as the bridge of your nose and this is where your spectacles typically sit. Moving down again, you have the rhinion, where the cartilage and bone that make up your nose meet. Just below the tip of the nose you will find your nares (also known as the nostrils) which allow you to breathe in air. They are surrounded bilaterally by the alae, the lateral boundaries of the nose. The most inferior part of the nose is called the apex.

Beneath the skin lies the skeletal structure of the nose which consists of bone and cartilage. The superior most part of the nose is made up of the paired nasal bones, maxillary and palatine bones as well as the ethmoid and vomer bones. The cartilage that makes up your nose is called the septal cartilage, lateral cartilage and the major and minor alar cartilage.

The nose leads to a network of air-filled openings called the paranasal sinuses. The sinuses have several responsibilities including lightening the weight of our head, humidifying inhaled air, and supporting immune defences. The four pairs are named after the bones they are in: the, frontal sinuses, maxillary sinuses, ethmoidal sinuses and sphenoid sinuses.

The nasal cavities are broken into three divisions: the vestibule, respiratory region and the olfactory region. The cavities are filled with several curved walls called the inferior, middle and superior conchae (also known as turbinates).

There are several muscles that make up the nose. The muscles include the procerus, nasalis muscle (compressor naris and dilator naris), depressor alae, levator labii superior alaeque nasi and the depressor septi nasi. Each of these muscles are involved with breathing and facial expressions. 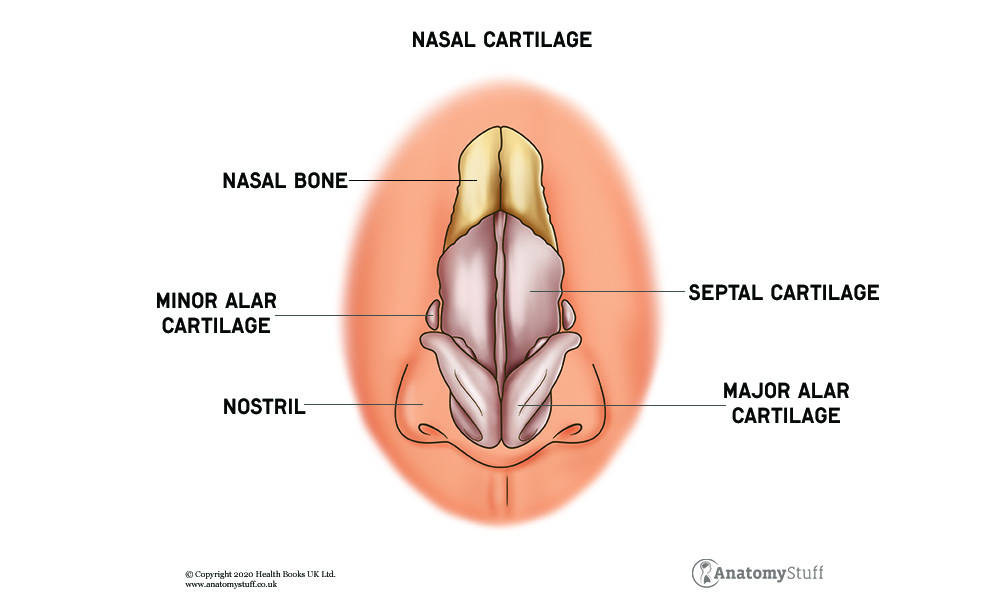 The nose is the only externally visible part of your respiratory system and it acts as the gateway to your lungs. Air is brought in through your nares (nostrils) and enters the nasal cavity where it is warmed and moistened before travelling down the trachea and into your lungs.

The nose is the key player in the olfactory system (also known as sense of smell. Odours from microscopic molecules in our environment bind to the olfactory receptor (also known as the smell receptor) which send signals to your brain. Smell plays a role in taste; you may have noticed that when you are sick and your nose is blocked up that you are not able to taste your food as well. The sense of smell also helps us detect hazards, such as smelling harmful chemicals. 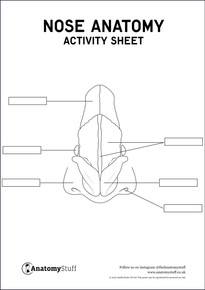 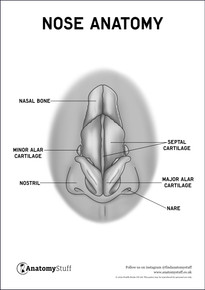 Smell is the only sense that is directly connected to the area of the brain where memories and emotions are processed. This is why certain smells can make us feel nostalgic! 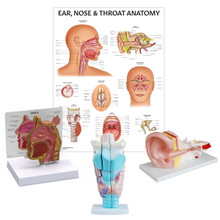 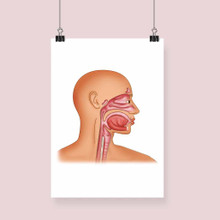 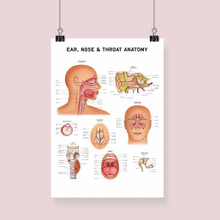 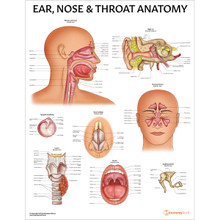