The shoulder is a flexible joint made up of three bones that connects our upper limb to our torso and allows us to move our arm in several directions.

The shoulder is made up of three total joints, making it the most flexible joint in our body.

The glenohumeral joint is where the humerus (the upper arm bone) connects to the scapula (the shoulder blade) forming a ‘ball-and-socket’ for range of motion. Situated between the ‘ball-and-socket’ is cartilage that keeps the joint in place whilst maintaining flexibility, called the glenoid labrum.

The acromioclavicular joint forms the junction between the clavicle (the collarbone) and the scapula. This is a plane synovial joint, also known as a gliding joint (joints between flat articular surfaces). 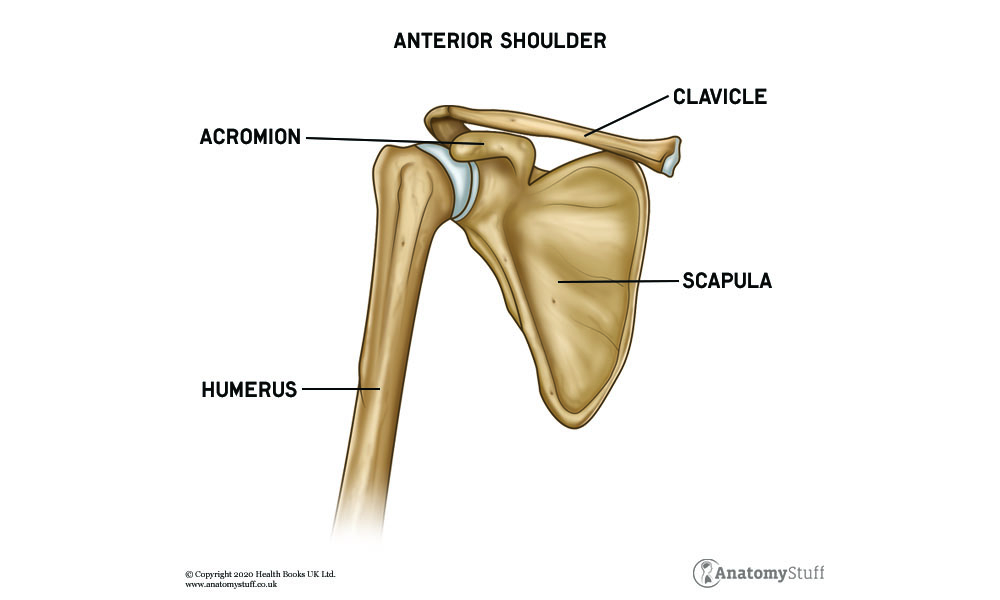 The shoulder joint allows us to move our arms in several different motions.

Circumduction is when you move your arm moves in a circular motion; using a combination of flexion, abduction, extension and abduction.

Muscles of the Shoulder

Holding the shoulder joints together is a series of muscles and ligaments.  The muscles of the shoulder are divided into two groups depending on where they insert and originate from called the extrinsic and intrinsic muscle groups.

Extrinsic muscles originate from the torso and insert into the humerus, responsible for the movement of the upper limb. The extrinsic muscles include the trapezius, latissimus dorsi, levator scapulae, rhomboid major and rhomboid minor.

The intrinsic muscles originate from the scapula and/or clavicle and attach to the humerus.

The supraspinatus and infraspinatus muscles are the upper and lower muscles of the shoulder blade. Below these, you’ll find the teres minor and the subscapularis muscles. These four muscles make up the rotator cuff.

Sitting above these is the powerful deltoid muscle, a thick, triangular-shaped muscle which primarily helps you abduct (move away from you) your shoulder and prevents subluxation or dislocation of the humerus. The teres major is a medial rotator and an adductor of the humerus.

Ligaments of the Shoulder

Tendons of the Shoulder

Nerves of the Shoulder

Nerves are responsible for carrying messages from the hand to your brain for sensation, reflexes and movement. 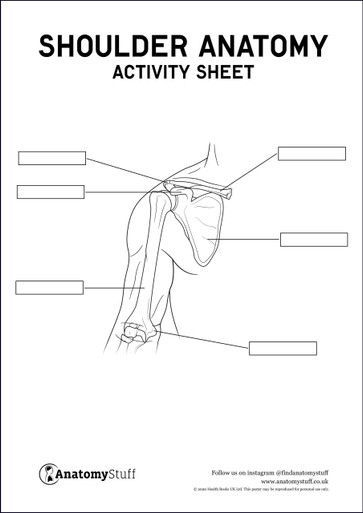 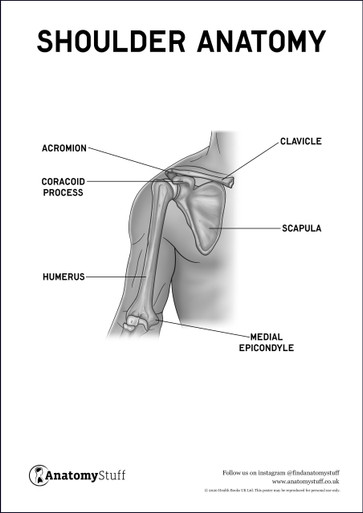 The clavicle is the first bone to begin ossifying in embryo development and the last bone to complete secondary ossification! 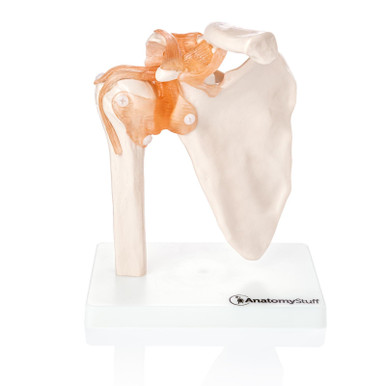 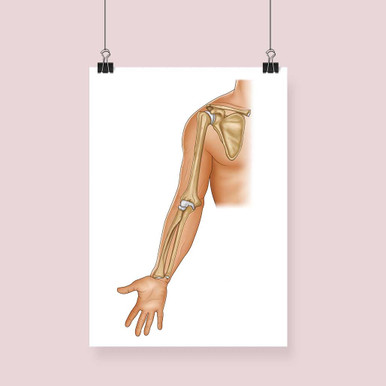 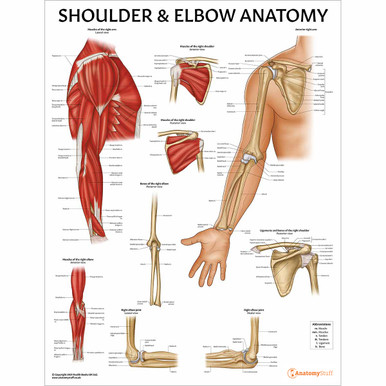 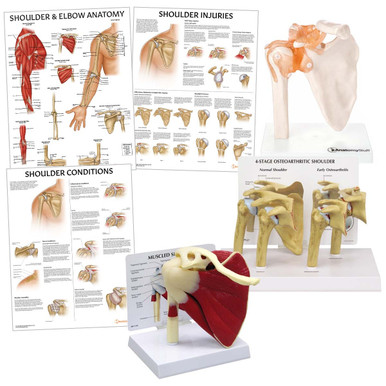