The human skeleton is the foundation our body. It enables movement, stores minerals, makes red blood cells, bears our weight and provides support and protection for our internal organs such as our brain, lungs and heart. The skeletal system consists of the bones ligaments and cartilage that make up our internal framework.

Bones of the Skeleton 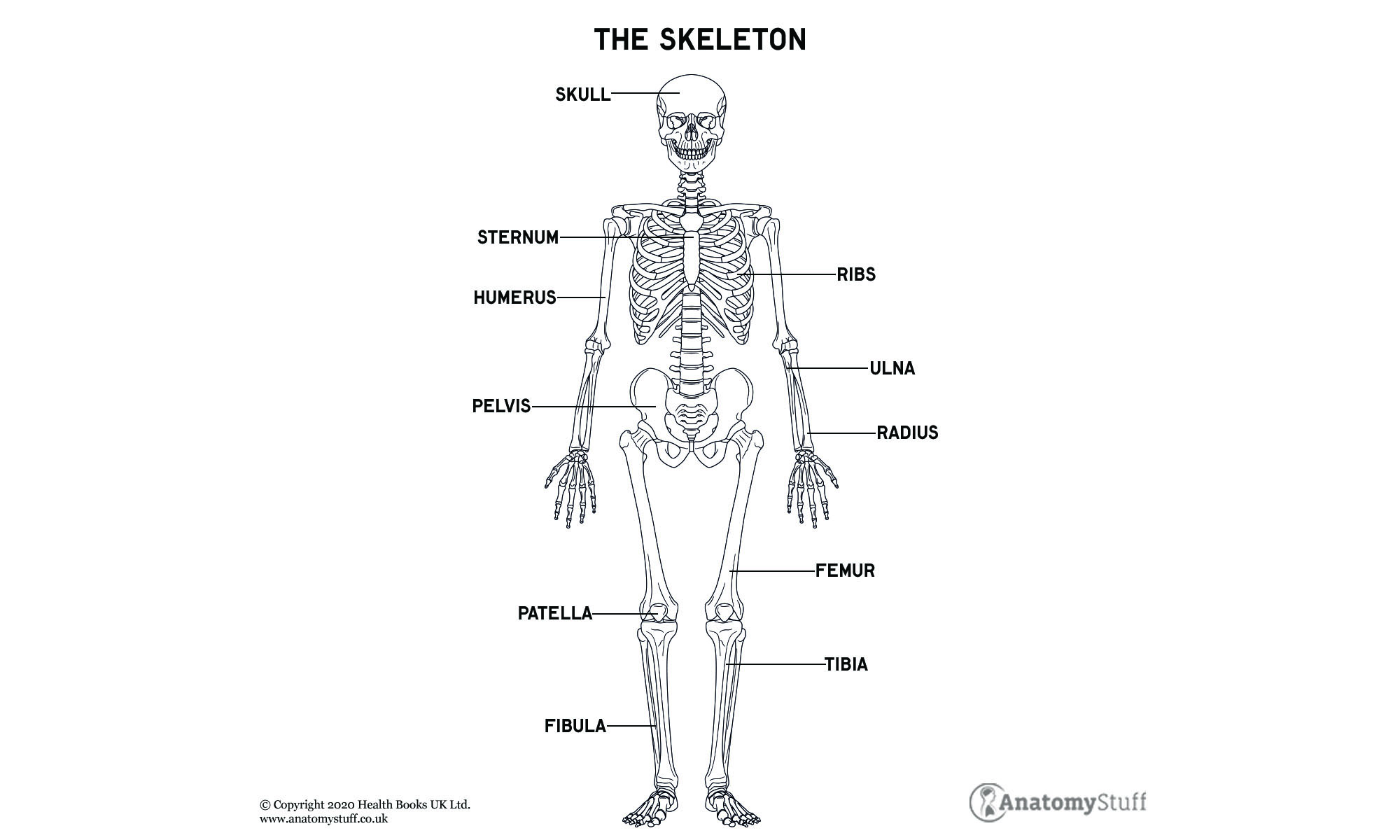 The outer surface of bones is called the periosteum, a dense membrane of vascular connective tissue that nourishes the bone. Next is a hard layer called compact bone (also known as cortical bone). This is the smooth surface that you see when you look at the skeleton. The next layer is cancellous bone (often referred to as spongy bone due to its spongy appearance) which is made up of groupings of trabeculae that provide structural support and strength. Bone marrow is a thick, jelly-like substance found in the centre of most bones that contains stem cells which can turn into red blood cells, white blood cells, and platelets.

Flat bones are made up of cancellous bone sandwiched between two layers of compact bone and are flat as their name suggests. Some examples of these bones include several of the bones of the skull, the sternum and ribs, the pelvis, and the scapula. These bones protect internal organs.

Long bones are typically found in the appendicular skeleton and their name speaks to their appearance, with a shaft and two ends. Some examples of these bones include the femur, tibia and fibula, metatarsals and phalanges, the humerus, ulna and radius. Long bones provide structure, mobility and strength.

Sesamoid bones are round bones embedded in the tendons of the hands, knees, and feet that function to protect tendons from wear and stress. The patella of the knee is an example of a sesamoid bone.

Sutural bones (also known as Wormian bones and intra-sutural bones) are the accessory bones (extra bone pieces) that occur within the sutural joint of the skull.

The bones are grouped in two divisions called the axial skeleton and the appendicular skeleton.

The axial skeleton is made up of 80 bones and forms the vertical axis of our body. This includes the bones of the skull, vertebral column, and rib cage.

The appendicular skeleton is made up of the remaining 126 bones of the body and appends to the axial skeleton. This part of the skeleton facilitates movement and it consists of the bones of the shoulder girdle, the upper limbs, the pelvic girdle and the lower limbs.

Joints and Motion of the Skeleton

A joint is where two or more bones meet and allow movement. They can be classified by their structure or by their function.

Ligaments of the Skeleton

The skeletal system consists of more than just bones. The skeleton consists of approximately 900 ligaments. Ligaments are fibrous, tough, flexible, rope-like connective tissues that connect and stabilise joints, often named from the bones which they attach.

Cartilage of the Skeleton

Cartilage is resilient, rubber-like connective tissue that covers the surface of our joints and acts as a shock-absorber, creating a low-friction environment at the end of our bones. Although cartilage is stiff and inflexible, it is not quite as hard and rigid as bone. It is however, significantly less flexible than ligaments and muscles.

Cartilage is found at the end of the bones where joints form. It is also found at the ends of our ribs, in our bronchial tubes and airways, between the vertebrae and spine and in our nose and ears.

The three types of cartilage include hyaline, fibrous and elastic cartilage.

Hyaline cartilage exists around our joints and in the nose, rings of the trachea and the tips of our ribs. Fibrous cartilage is found in the pubic symphysis and in vertebral discs. Elastic cartilage can be found in non-load-bearing parts of the body such as the external ear. 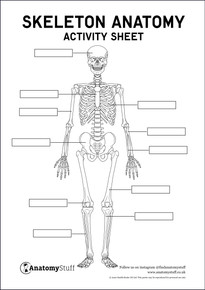 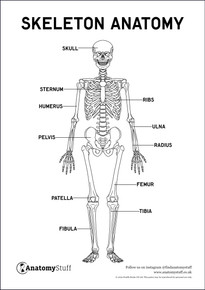 The hands and feet contain more than half of your body’s bones! 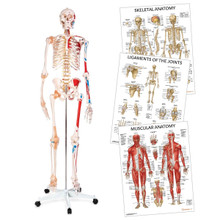 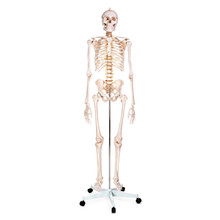 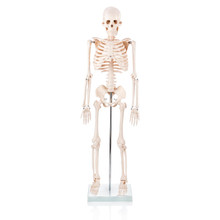 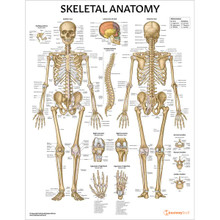