The vertebral column (commonly known as the spine) is composed of the spinal column and starts at the base of the skull, extending down towards the coccyx (tail bone). The main function of the human vertebral column is to protect the spinal cord. The spine provides our bodies with flexibility and mobility through its range of motion. Structural support for the head and shoulder is also provided by the vertebral column as well as transmitting weight through the body when we are standing and walking.

Motion of the Spine

Bones of the Spine

The bones of the spine are split into four regions called the cervical spine, the thoracic spine, the lumbar spine, and the sacrum and coccyx. The spinal cord is made from 33 vertebra which interlock with one another. Each vertebra is composed of a vertebral body and a vertebral arch. The arch consists of a spinal process, transverse processes, vertebral foramen and articular facets apart from the first two vertebrae which have their own distinct features.

The body makes up the main part of the spine and is usually round in shape and bears the most weight. The spinal process and transverse processes provide an attachment point for various muscles. The vertebral foramen forms the spinal canal where the spinal cord runs through. The articular facets contain joints which links each vertebra together. 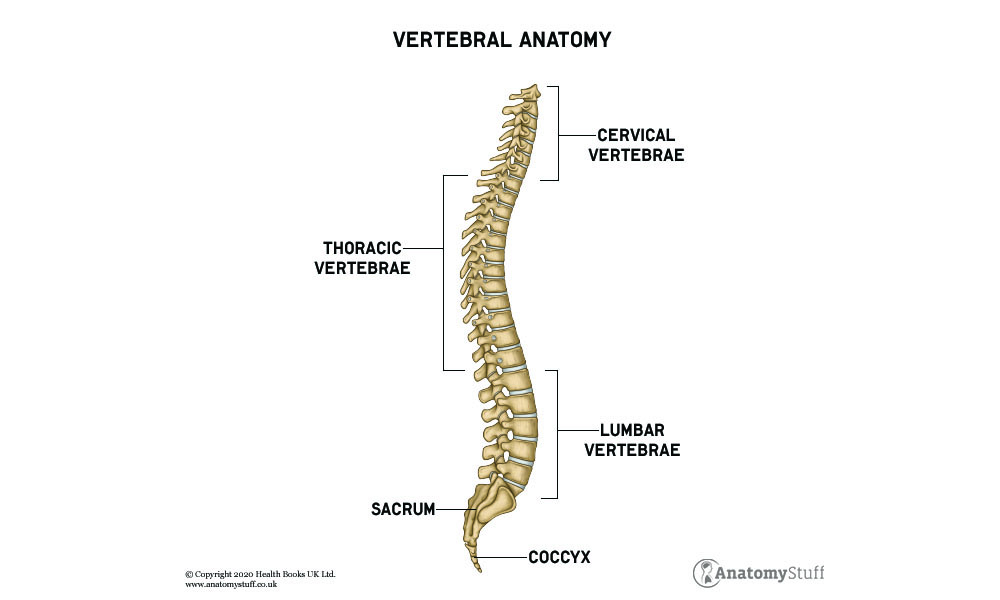 There are seven cervical vertebrae which serve as an important role in supporting the head. The first two vertebrae are called atlas (C1) and axis (C2). The atlas has the important job of supporting the head. The atlas articulates with the base of the skull above it and below the atlas articulates with a bony protrusion of the axis called the odontoid process. Together this forms the atlantoaxial joint. The lower cervical vertebrae (C3-C7) all have similar features which provides stability to the first section of the spine.

The lumbar vertebrae bear the most weight and are large in shape to reduce stress and absorb shock when carrying heavy objects. The distinct curve of the articular facets assists with stabilisation and weight-bearing.

The sacrum is formed by five fused vertebrae. The vertebral canal continues within the sacrum and is called the sacral canal. The sacrum has wings called alae which extend out and join with a bone called the ilium which is part of the pelvis. The main function of the sacrum is to transmit force from the vertebral column to the lower limbs and to support the weight of the body.

Beneath the sacrum are small bones which fuse together known as the coccyx. The coccyx supports the body’s weight when sitting.

Joints of the Spine

The joints help to keep the spine together and provide a smooth surface for the bones to articulate with each other during movement. Between each vertebral body lies an intervertebral disc. These discs provide shock absorption to the spine.

In between each articulating facet is a synovial joint called the zygapophysial joint. These joints allow the spine to flex and extend.

Costovertebral joints are the joints between the thoracic vertebrae and the ribs. They allow the ribs to rotate and move up and down when you breath in and out.

The sacroiliac joints are the joints between where the sacrum joins the ilium which provides stability and weight transfer.

Muscles of the Spine

The main muscles of the spine are known as the deep back muscles and can be categorised into superficial muscles, intermediate muscles and intrinsic muscles.

The superficial muscles of the back facilitate neck and shoulder motions and consist of the splenius cervicis and the splenius capitis.

The intermediate muscles form a group called erector spinae. The muscles in this group are the longissimus, iliocostalis and the spinalis muscles. Together these muscles are responsible for keeping the spine upright.

Ligaments of the Spine

Blood Vessels of the Spine

Arteries are blood vessels that carry oxygen-rich blood from your heart to tissues of your body. The main supply of blood to the spine come from the vertebral arteries. Muscles of the back are supplied by the deep cervical, posterior intercostal, subcostal and lumbar arteries.

Nerves of the Spine 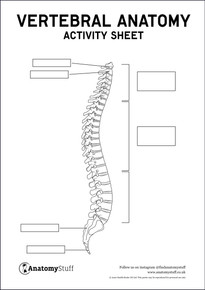 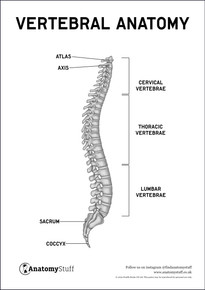 Humans and giraffes have the same number of bones in their neck. 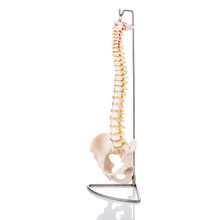 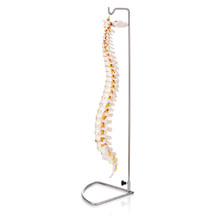 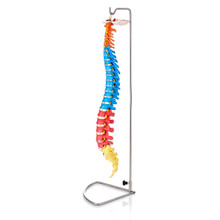 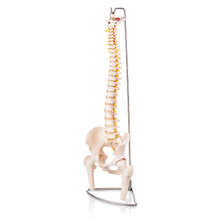