The Lungs and Respiratory System

The lungs and respiratory system provide us with the ability to breathe in and out! This system allows us to take oxygen which is important to keep our body alive and breathe out carbon dioxide which is a waste product. This exchange of oxygen and carbon dioxide is known as respiration.

The upper respiratory tract consists of the nose, mouth, nasal sinuses, pharynx and larynx.  Oxygen enters the body through the nasal and oral cavity (the nose and the mouth). The nasal cavity contains nasal sinuses which help to warm and humidify the air because cold and dry air can cause irritation to the lungs.  The air then travels into the pharynx which sits behind the oral and nasal cavity. Air is transported from here into the larynx (voice box) where it is then passed into the trachea. The trachea is known as our windpipe and is the first part of the lower respiratory tract.

The lower respiratory tract includes the trachea, bronchi, bronchioles, alveoli and the lungs. The trachea is a long tube which extends down from the larynx and divides into two branches known as bronchi. The trachea allows air to pass in and out of the lungs when we breathe. The bronchi divide into more branches and each branch is terminated by a bronchiole.  Bronchioles help to carry oxygen into the lungs and carbon dioxide out of the lungs. At the end of each bronchiole are small air sacs called alveoli. Alveoli are covered in small blood vessels called capillaries and this is where gas exchange occurs between the lungs and the bloodstream when we breathe in and out.

The lungs are an essential component of the respiratory system. The lungs sit either side of the heart and are located in the rib cage, which provides vital protection. The bronchi, bronchiole and alveoli are all contained within the lungs.  The lungs are covered in a membrane called pleura which is filled with fluid and allows the lungs to move smoothly inside the chest when we breathe. The right lung has three lobes and the left lung has two lobes, the left lung is also slightly smaller to accommodate for the heart, which sits slightly to the left. 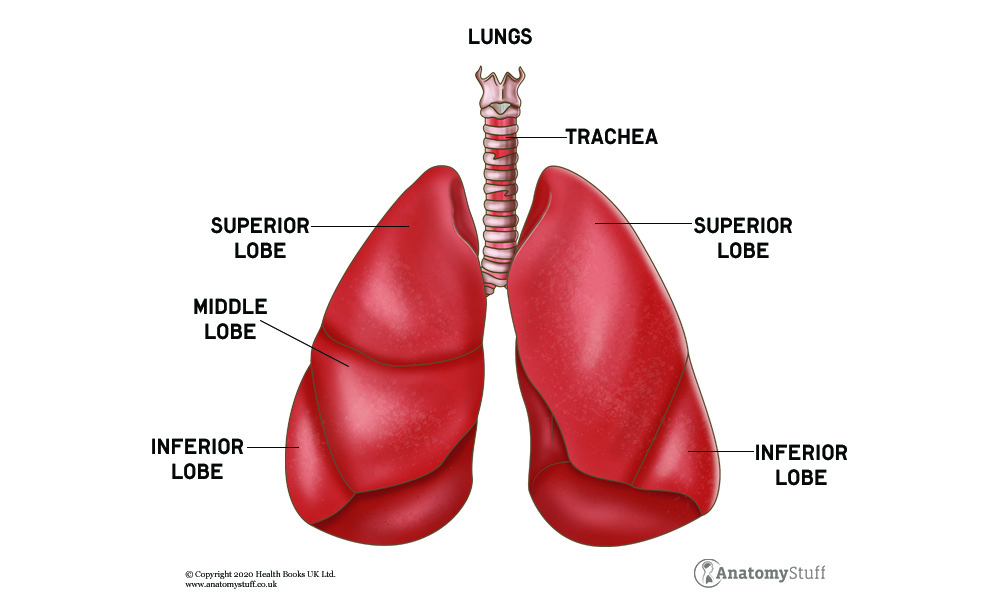 Muscles of the Respiratory System

The main muscle in the respiratory system is the diaphragm which contracts as we breathe in and out. Other muscles involved with normal breathing include the external intercostals. Forced exhalation is controlled by the internal intercostals, intercostalis intimi, subcostals and the abdominal muscles.

Blood Vessels of the Respiratory System

Nerves of the Respiratory System

The vagus nerve innervates the respiratory system with the autonomic nervous system. Branches of the vagus nerve with sympathetic nerves form the pulmonary plexus.

Oxygen is required for our body to function and stay alive. Blood transports oxygen to various parts of the body to stay healthy.

When we breathe in our ribs move up and out while the diaphragm moves down. This creates more space in our chest cavity so that our lungs can be filled with oxygen. As oxygen enters our respiratory system the alveoli exchanges gas with the blood cells through a process called diffusion. Oxygen-rich blood is then transported to the heart where it is pumped around the body.

When we breathe out the diaphragm relaxes and the chest cavity becomes smaller. Carbon dioxide is a waste product of the reactions that take place inside our body. Deoxygenated blood is pumped into the lungs, gas exchange takes place between the alveoli and blood cells where waste products such as carbon dioxide are exhaled out through our nose. 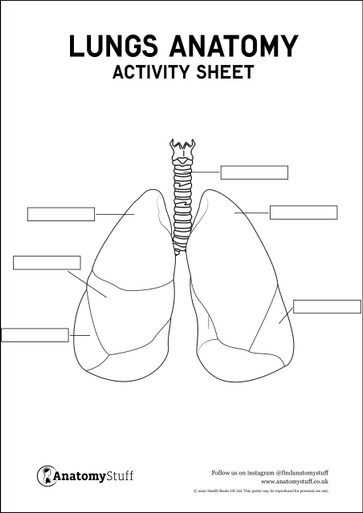 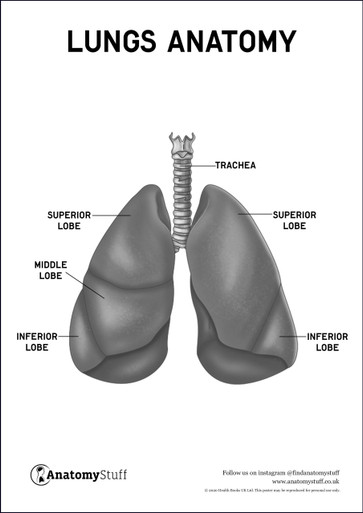 An average person breathes in around 11,000 litres of air every day! 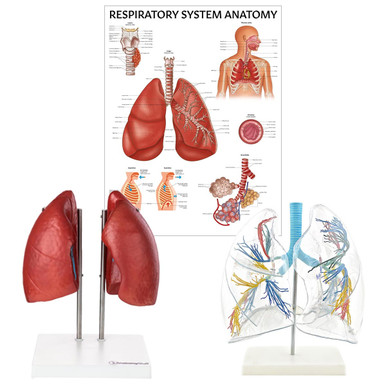 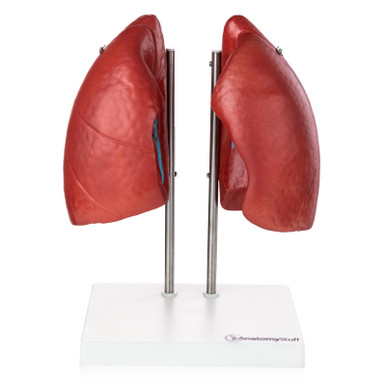 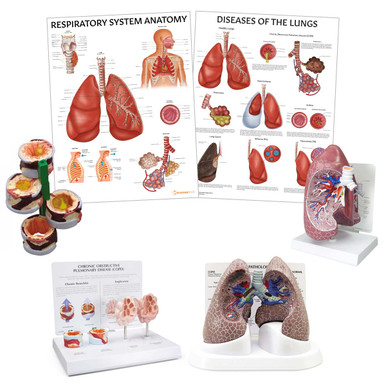 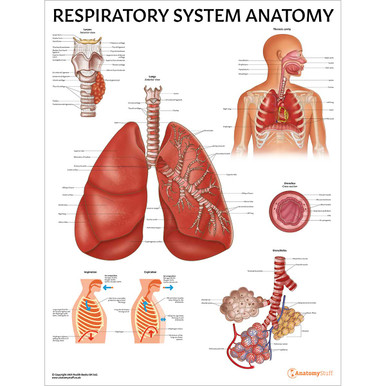