Anatomy of the Larynx

Anatomy of the Pharynx

The pharynx is made up of muscle, mucous membrane, submucosal connective tissue, lymphoid tissue and glands. It can be broken down into three main divisions: the nasopharynx, oropharynx and laryngopharynx.

The nasopharynx is the upper-most part of the pharynx found between the nasal cavity and soft palate. It forms the upper part of the respiratory system by passing inspired air from the nose to the larynx.

The oropharynx is located in the back of the mouth, between the oropharynx and laryngopharynx. It aids with digestion by allowing us to breathe while we masticate (chew) our food.

The laryngopharynx, also known as the hypopharynx, is the lowest portion of the pharynx, located just beneath the oropharynx. This is the point where the pharynx meets the larynx and where food, water and air pass through.

The larynx (the Greek word larynges meaning “the upper windpipe”) is located in the anterior part of the neck. The larynx is also often referred to as the windpipe and voice box. It is responsible for air passage, producing sound and swallowing food.

Anatomy of the Larynx

The thyroid cartilage is the largest structure of the larynx that forms what is known as the “Adam’s apple”. It is made up of hyaline cartilage and serves as an attachment for several small muscles. The cricoid cartilage sits inferior to the thyroid. It is the only continuous ring around the trachea. The epiglottis lays just above the larynx and acts as a lid, preventing food and liquid from entering the pharynx. 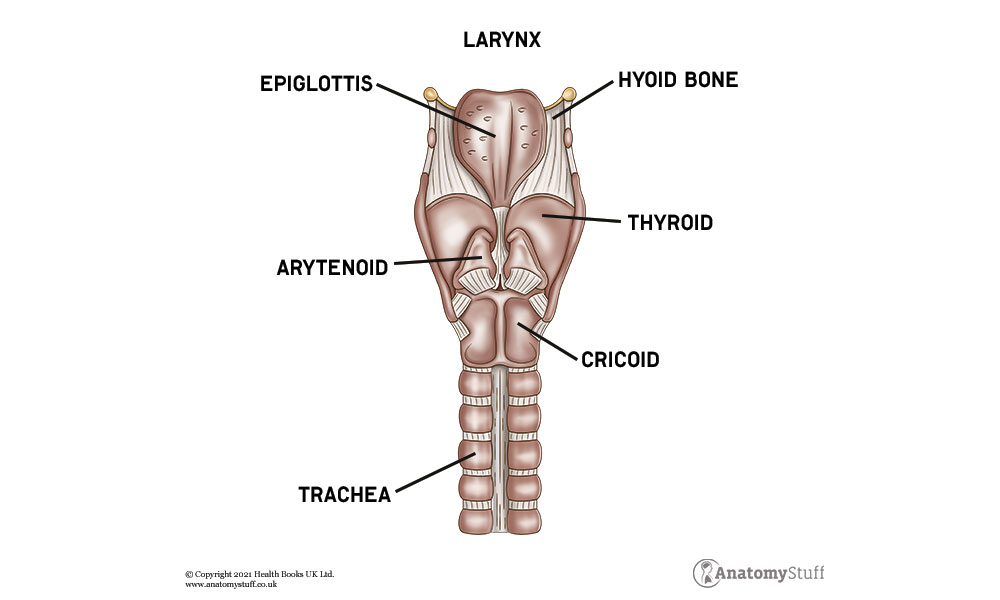 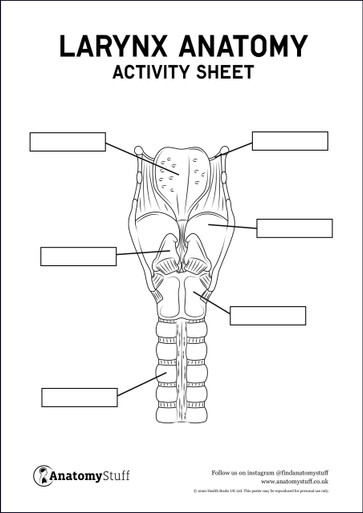 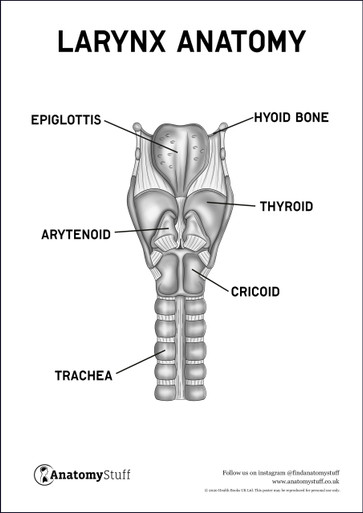 Located in your throat, the hyoid bone is the only bone in the human body that is not attached to any other. 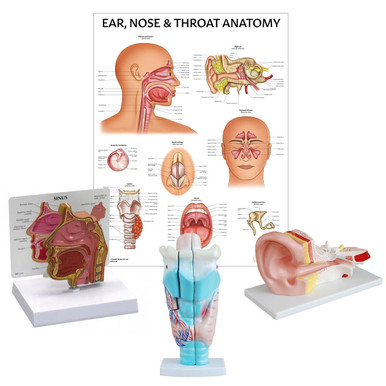 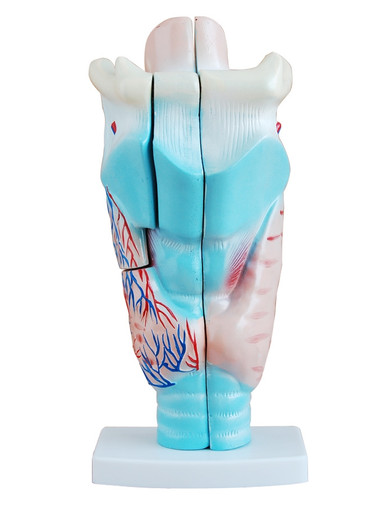 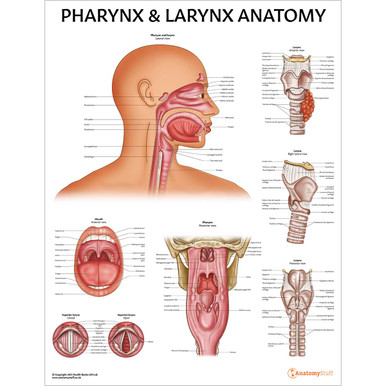 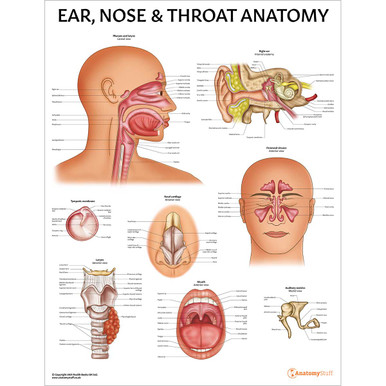