History of the Brodmann Brain

The human brain is the organ that controls every voluntary and involuntary action. The Brodmann areas of the brain are part of a system used to divide the cerebral cortex characterised by its cytoarchitecture (the arrangement of cells in a tissue). The Brodmann map was invented in 1909 by German neurologist and founder of brain mapping, Korbinian Brodmann. He defined 52 distinct regions of the cerebral cortex based on their histological structure, some of which are subdivided and some that are only present in non-human primates. Each area is associated with specific brain functions. 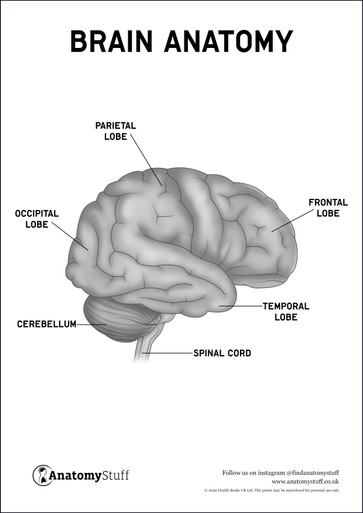 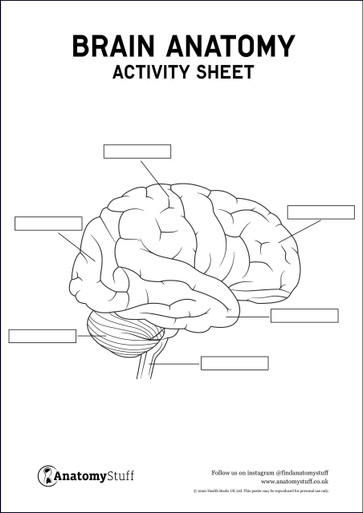 The brain’s frontal lobe is responsible for self-awareness, emotions, planning, judgment, movement, and speech. Some key areas found in the frontal lobe are Brodmann areas 4, 6, 44 and 45.

Brodmann area 4, found in the precentral gyrus of the frontal lobe, contains the primary motor cortex. This is the part of the brain that controls voluntary movement, such as manipulating objects.

Brodmann areas 44 and 45 are known as the Broca’s area, named after the French physician, Paul Broca. This is the area of the brain associated with speech and language.

Brodmann areas 1, 2 and 3 are found in the postcentral gyrus of the brain and contain the somatosensory cortex. This part of the brain is responsible for the perception and sense of touch, pain, and temperature.

Brodmann area 5 is part of the somatosensory association cortex and involves the conscious perception of touch, position, and movement. Found posterior to Brodmann Area 5 is Brodmann area 7, which is responsible for locating objects in space.

Brodmann area 22 is known as the Wernicke’s area, named after a German physician, Carl Wernicke. This area is responsible for the comprehension of speech. Brodmann area 27 is involved with the perception of smell.

Brodmann areas 35 and 36, located in the perirhinal cortex and ectorhinal area, are involved with memory. Brodmann area 37, which contains the fusiform gyrus, is necessary for the recognition of faces. 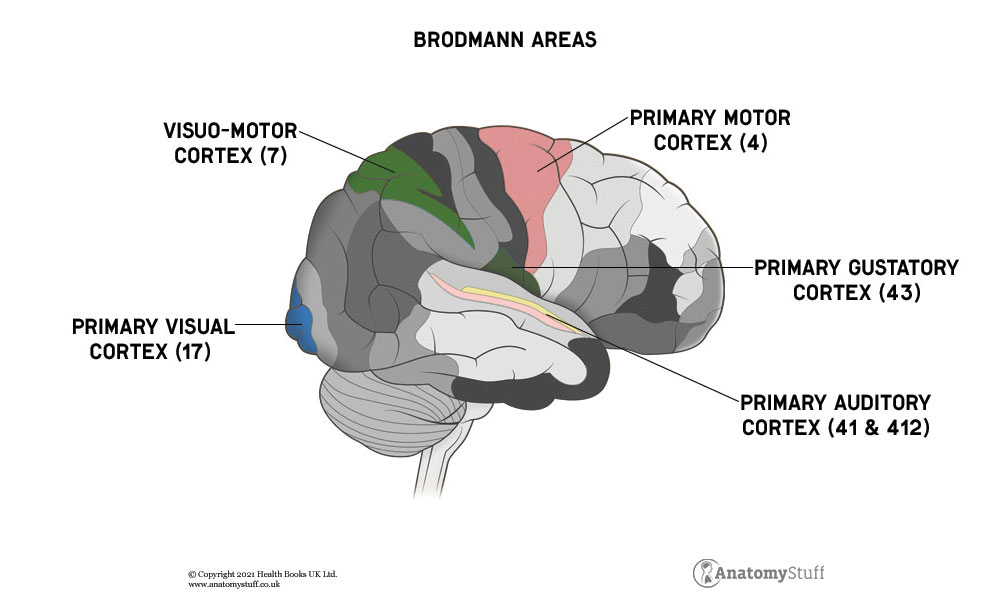 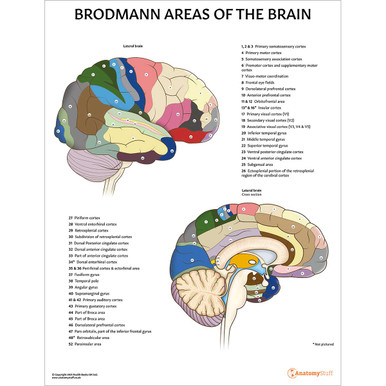 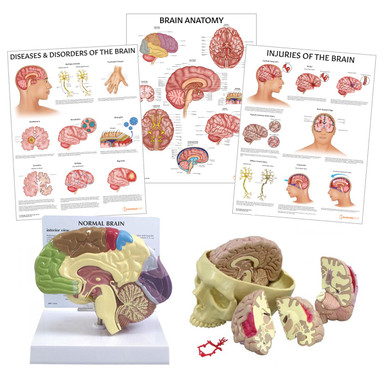 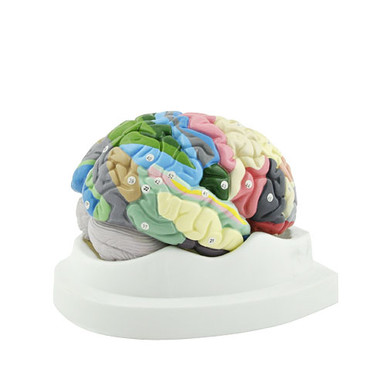 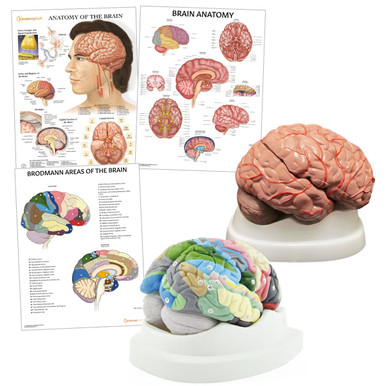